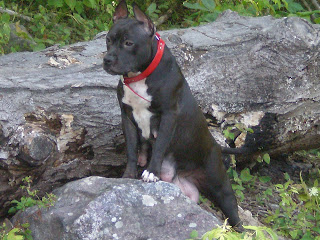 Voodoo Betty has (5) new babies born into the Boudrioux bloodline. Three tightly bred females will be availible Aug 25th 2008.
These dogs have been bred by some of finest Eli Stock availible , THEY ARE A WONDERFUL FAMILY COMPANION AND HUNTING BREED of the true American Pit Bull Terrier. NOT INTENDED FOR ANY ILLEGAL PURPOSE!
Full Pedigree, Shots, Vet checked. Buyer is responsible for any transport costs.Please contact for price. Our dogs are not cheap, we breed for quality not quantity.
All buyers will need to sign a BUYER/ SELLER PURCHASE AGREEMENT (see below)
Please contact via email adirondack.jack@yahoo.com
This litter was born on July 11th 2008 (click pictures for full size view) 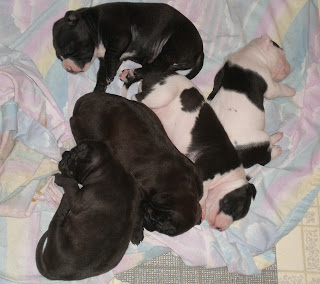 We have 3 females availible and will be ready Aug 25th 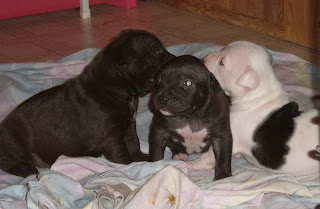 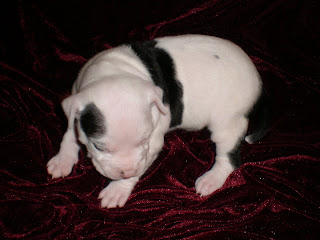 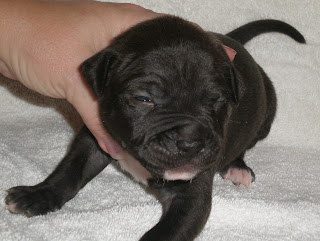 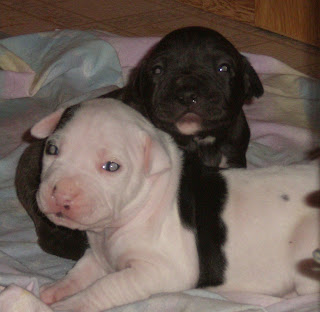 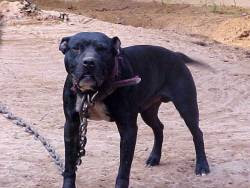 Current Litter was sired by "ATM" at
Carolina Game Dogs
This makered the end of ATMs pubilc stud carrer! 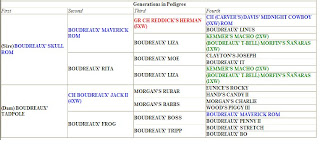 Posted by adirondackgirl at 6:31 PM No comments:

Pups on The Way

Sometime during the nineteenth century, dog fanciers in England, Ireland, and Scotland began to experiment with crosses between Bulldogs and Terriers, looking for a dog that combined the gameness of the terrier with the strength and athleticism of the Bulldog.

Immigrants brought these bull and terrier crosses to the United States. Farmers and ranchers used their APBTs for protection, as catch dogs for semi-wild cattle and hogs, to hunt, to drive livestock, and as family companions.

Today, the American Pit Bull Terrier continues to demonstrate its versatility, competing successfully in Obedience, Tracking to include Search & Rescue (SAR), Agility, Protection, and Weight Pulls, as well as Conformation.
Posted by Webmaster at 8:49 PM No comments: 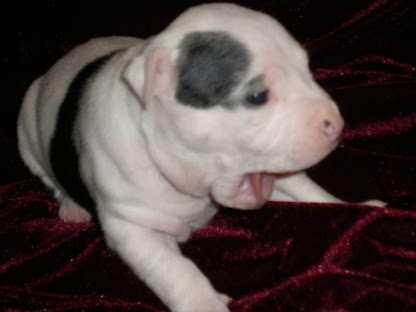 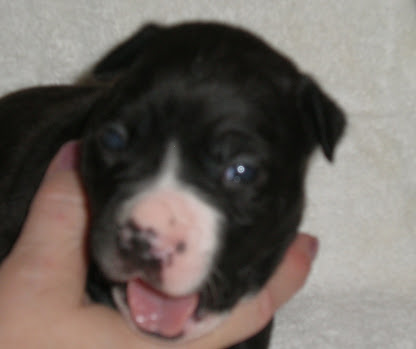 We have a New Litter of American Pitbull terriers Email Us today!

Email us at adirondack.jack@yahoo.com today to reserve your puppy. Just email your phone number and we will be happy to call and speak with you.

Current Litter was sired by